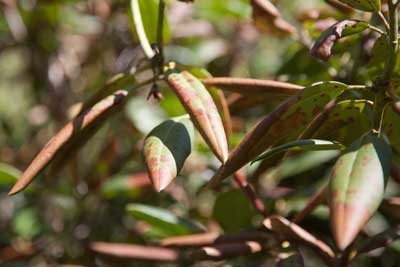 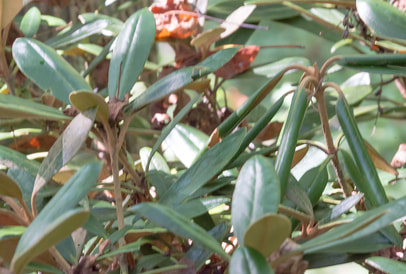 The Azalea/Rhododendron Stem Borer (Oberea myops) and Rhododendron Borer (Synanthodon rhododendri) are common pests in our area, endemic in wild populations, affecting rhododendrons, azaleas, mountain laurels and other ericaceous plants.
Control is most effective by frequently monitoring plants for wilted stems, which should be promptly cut off below the infestation.   If the borer tunnel is below the wilted stem, injecting the tunnel with WD40 (which displaces water from the borer larva) may kill the larva and arrest the damage.
Natural History and Recommendations for Control of the Rhododendron Stem Borer, Oberea Myops.  Culin, Gorsuch, Pizzuto, Clemson University

Rhododendron stem borer, Oberea myops.
Small, thin longhorned beetles feed on the undersides of leaves at the midvein causing the leaf to curl abnormally. Females lay eggs in new shoots just below the bud in late June to early July. Larvae bore into the twig and most likely overwinter there. The second year, the larva continues boring downward and spends the second winter in the roots. This year many holes are made to remove frass from the tunnel and "sawdust" gathers on the ground around the stem. At maturity, the creamy white larva is 1" long. When needed, permethrin, one of the products registered for use against this pest in Connecticut, applied to the stems from late May through mid-June, should control this pest. Consult the label for dosage rates and safety precautions. Alternatively, prune out and dispose of infested shoots.           (University of Connecticut)
Rhododendron Borer, Synanthedon rhododendri
Recognition and Life Cycle
The adults of this pest are day-flying moths that resemble wasps or yellow jackets. They are approximately 1/4-inch long, making them the smallest clear-wing borer. The wings are mostly clear, and the body is black with three yellow abdominal bands. Adults appear in late-May into June and females lay eggs on the twigs. Upon hatching, the small grub-like caterpillars, with white bodies and dark heads, bore into the inner bark, and later the sapwood, of the main stems and branches. This pest overwinters in the burrows as an inch long mature larva. There is one generation per year.       (University of Conn.)
RHODODENDRON BORER: A WORTHY COMPETITOR
John W. Neal, Jr.
Florist and Nursery Crops Laboratory
USDA, SE, ARS Beltsville, Maryland

​
Hi All,
The Scentry Rhododendron Borer lures used with the sticky wing traps ended the borer problem I had several years ago.  The lures attact and trap the males to interrupt the breeding cycle.  It is non-toxic.  I used the traps for several years in a row, but haven't used them for a number of years now and the problem has not showed up again.  They are advertised to be used for monitoring so you know when to spray, but I never did spray and the traps & lures alone took care of it.
Vivian Abney
East Fork Nursery

Comment:
The Scentury Rhododendron Borer lures noted above would be expected to apply only to the Rhododendron Borer,  Synanthedon rhododendri, a small clearwing moth, and not to Oberea myops, the Rhododendron Stem Borer, a small longhorn beetle.
Larvae of both borers produce similar damage to plants (wilting, tunnels and frass) which may be controlled mechanically by cutting below the tunneled stem.   (JHMcC) 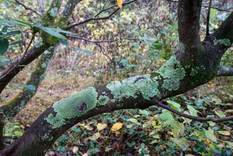 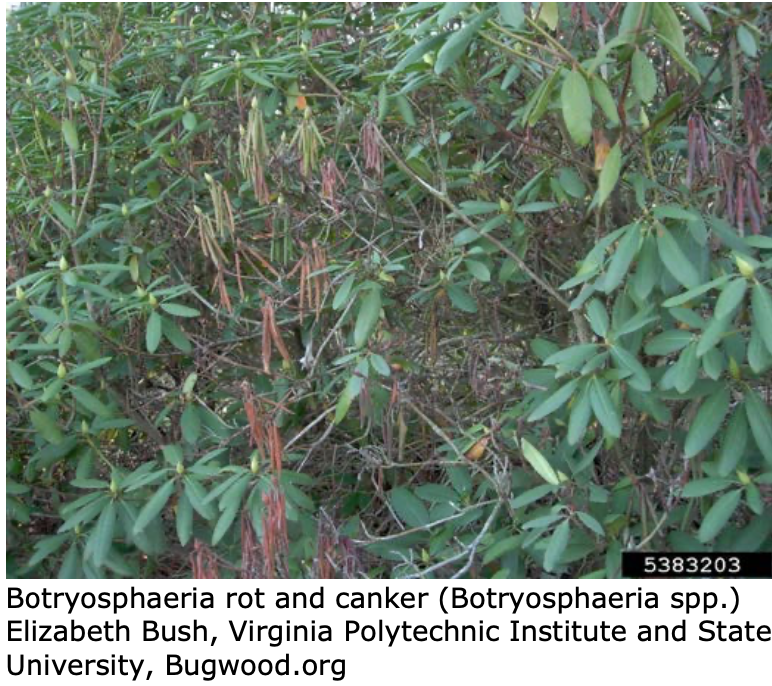 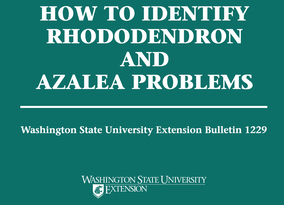 Click on image
Cranberry Rootworm Beetle
Thanks to Rick Ellis, Charlotte, NC for drawing attention to this pest, which has been recognized in the Charlotte area for at least 10 years. 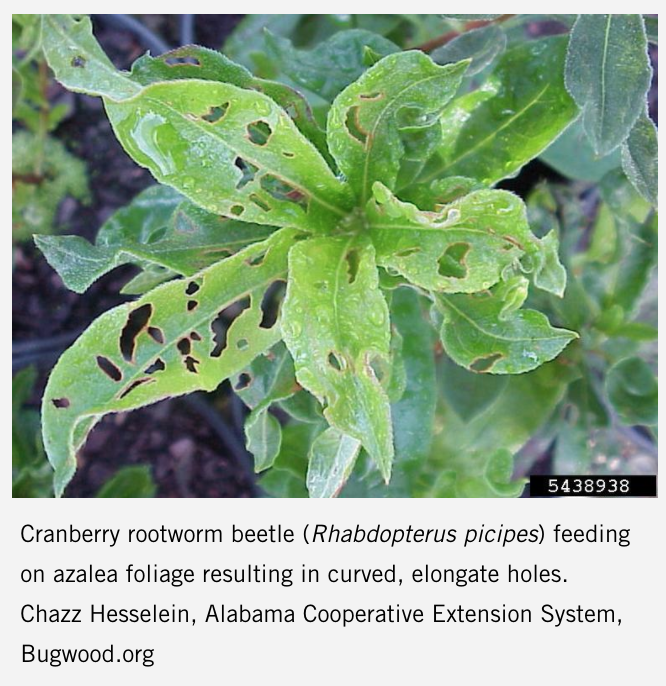